MA is used to filter out the random price movements from the underlying trend by calculating the average price for a given look-back period.

For example, if we want to calculate today’s value of a 10-day MA we would take the price values for the previous 10 days and calculate the average for that period.

SMA is the simplest form of moving average. It is using the simple average value over the look-back period while the EMA gives more importance to more recent observations.

As different MA lengths are going to give you different indications the choice of look-back period is an important one. Alternatively you can use a combination of multiple MAs plotted on the same chart that is called “Moving averages ribbon”.

The 3 most popular ways to use SMA and EMA are:

A crossover is formed when a MA with a shorter time period crosses a MA with a relatively longer period.

When the short MA crosses the long one in upwards direction this indicates a bullish trend. If the direction of the crossover is downwards we get a bearish trend. 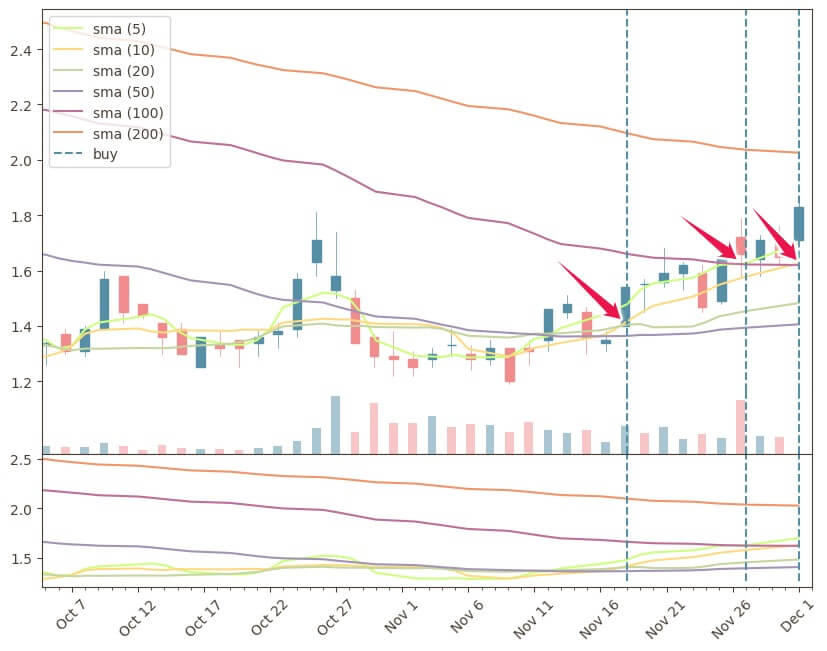 In this chart we see a SMA ribbon where the 10 day SMA crossed over the 20 day SMA. This indicates an upwards trend that is later confirmed by both 5 day and 10 day SMAs crossing over the 100 day one.

The direction in which the MA is moving indicates the direction of the current trend. So if we get upwards moving MA we know that the underlying trend is also upwards oriented.

In this chart we see a sudden uptrend being detected by all EMAs: 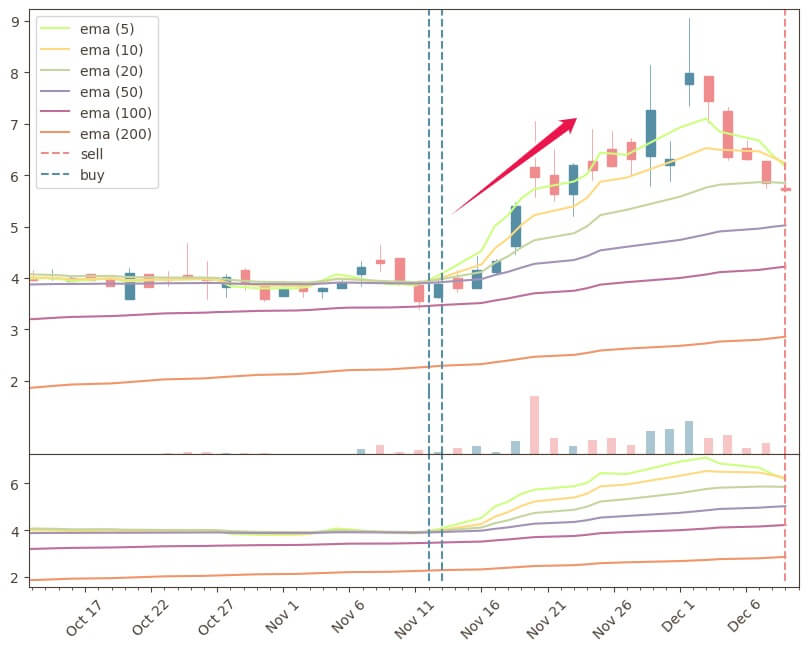 MAs with long periods are often used to find important support and resistance levels. Traditionally 200 day SMA is used for this purpose.

When the market price is above the 200 day SMA we would expect the moving average to act as a support level if the price goes down.

If the market price is below the SMA it is likely for it to find great resistance at the SMA level.
Here we see how the price reached the 200-day SMA and then “bounced” down before breaking through 5 days later: 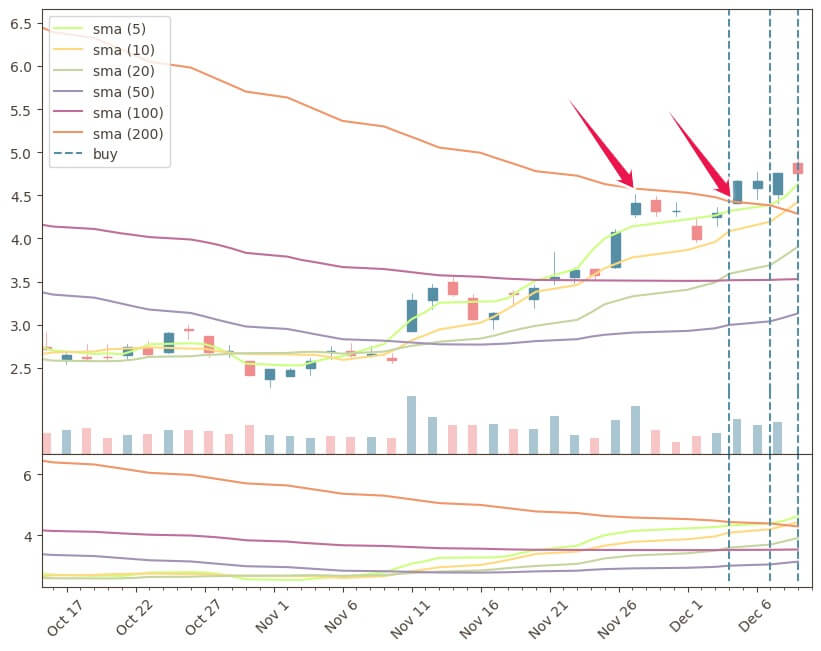