MACD (Moving Average Convergence Divergence) is one of the most popular momentum indicators. It is used to measure the momentum of the current trend and to detect trend reversals. It is a lagging indicator, which means that its best usage is to detect market events that already happened.

The indicator is composed of 2 lines and a histogram.

The blue line is called “MACD” and it is calculated by subtracting the 12 days exponential moving average (EMA) of the price from the 26 days EMA of the price.

The red line is the “Signal” line and it is just the 9 days EMA of the “MACD” line.

The histogram measures the difference between the blue and red lines. 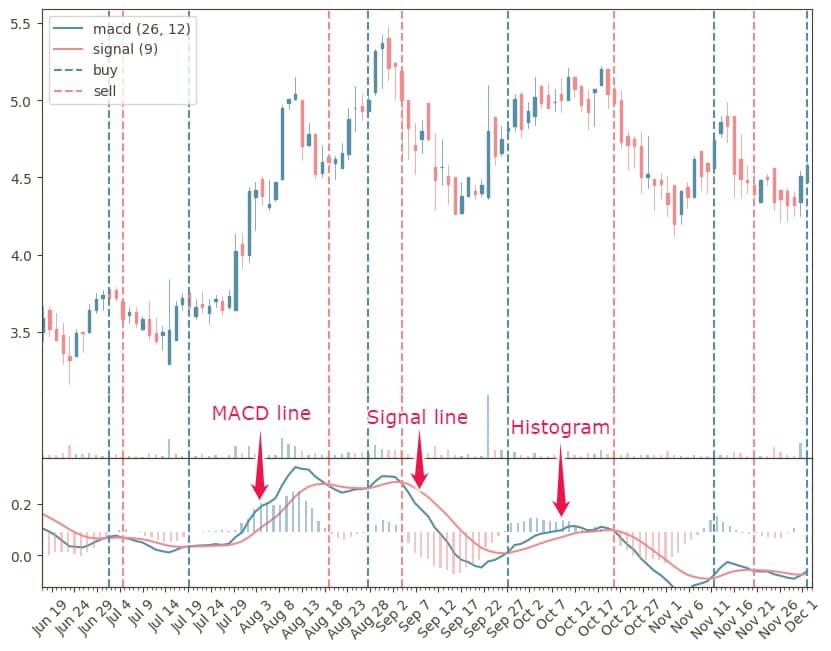 The easiest and most reliable approach is to look for crossovers between the two lines. When the blue line crosses over the red line in an upwards direction this is a buy signal.
When the crossover is in a downwards direction the signal is sell.

In the screenshot below we see a buy signal followed by a strong upwards movement of the blue line. This shows us that the upwards trend has increasing momentum. 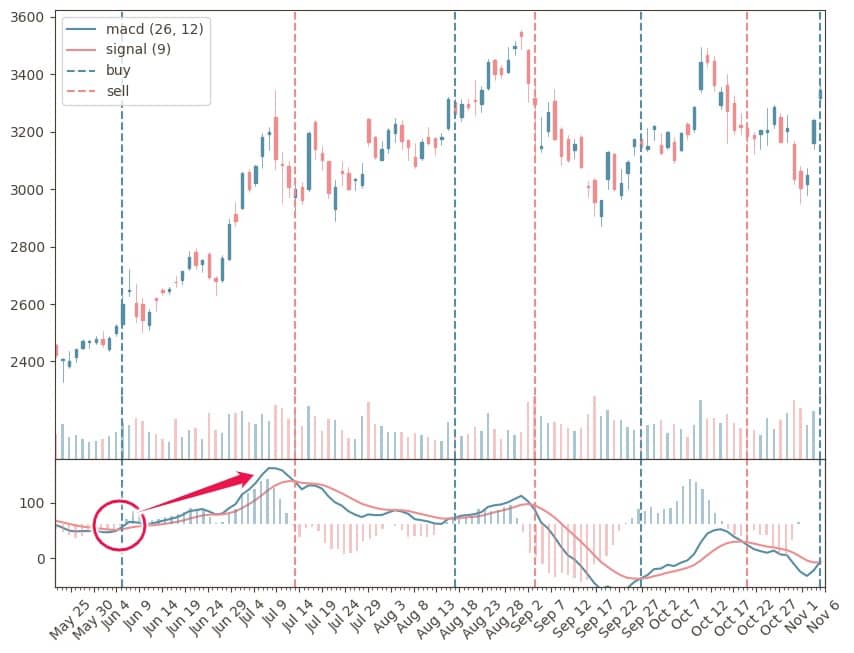 As MACD lines are oscillating around a central zero line we can also use crossovers of that line as a signal source. When the blue line crosses the zero line in an upwards direction this is a buy and when it crosses it downwards – sell.

If the blue line is below zero and it continues to go further down this tells us that the downtrend is increasing.

Looking at the chart below we see that such crossovers happen several days after the blue/red line and being slower they also provide less profitable opportunities. 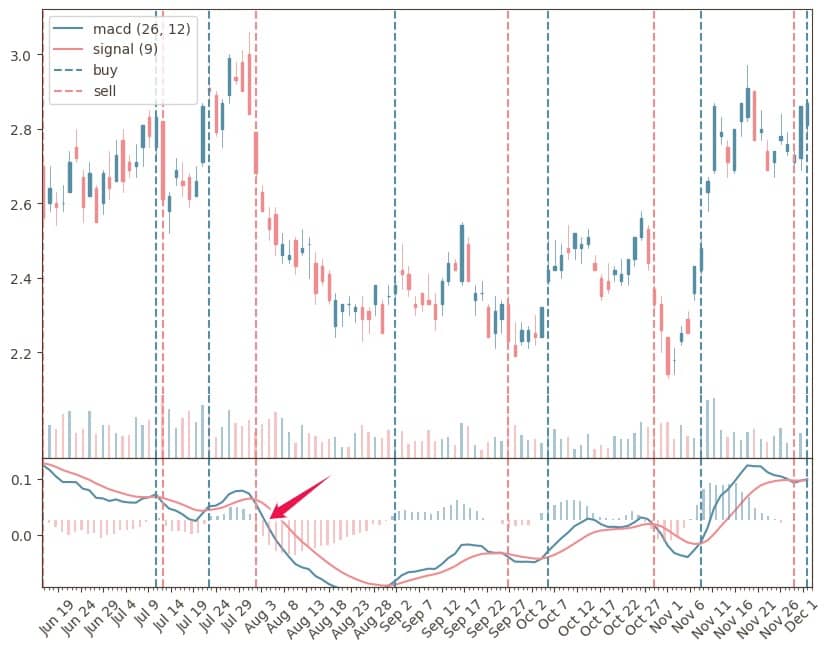 This happens when the price and MACD move in different directions. If the price moves down forming lower lows and MACD lines are moving up forming higher lows this is a bullish divergence. The opposite situation – price going upwards and MACD showing downwards trend is a bearish one. 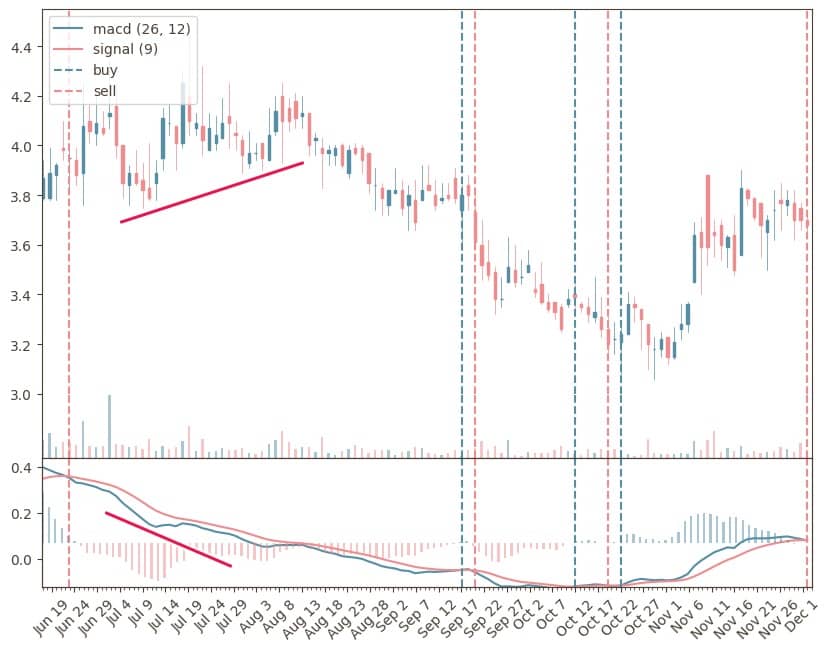